WordPress is an unacceptable risk

I see so many clients and developers who insist that WordPress is the only way to develop a website. It’s true that you can a website in an hour with WordPress. With WordPress you can easily add plugins and almost instantly have any feature that you could want. But at what cost?

WordPress requires constant attention. Some would argue that that is a good thing; that in order to be effective online, you need to have good search engine performance. The way you perform well on Google is to have lots of good content, and you need to refine and refocus your SEO. That’s true.

However, most businesses are small businesses. Even with the best of intentions of keeping things updated, those initiatives get shelved because the budgets dry up, or the person who was going to champion the effort gets busy.

Now the problem isn’t just that the SEO effort will fail. If you’re using WordPress, you’re opening yourself up to a world of problems.

Every neglected WordPress site I’ve seen eventually gets hacked. If there’s one thing worse than year old blog posts and 5 year out of date copyright notices, it’s having your site be hacked. It’s simply unprofessional and a massive headache. You have to keep things updated.

Oh the numerous and unending updates. The updates are constant. You need to run them every week lest you have your site hacked. But it’s not just the threat of hacking; running updates have a significant chance of breaking your site. Plugins are made by all sorts of people that speak different languages and have vastly different priorities. Sometimes an update to one plugin or to WordPress itself results in incompatibilities that break your site. It’s not that uncommon. Sometimes the tangled mess left behind can take experts days to unravel. But that’s the risk you take with WordPress.

WordPress is everywhere and it’s free. Usually that’s a good sign. I don’t know how we’ve gotten into this state. So many businesses have been sold on WordPress when it is overkill for their need. My guess is that when mass-production web developers make a sale, none of the inherent problems of WordPress are mentioned. They sign up for a “custom” site. Sure it’s more than using Wix or Squarespace, but hey, you’re getting professional work done right? But you’ve bought yourself a website that is half tiger, half time bomb. It’s going to take lots of feeding and there’s a good chance that one day it will blow up in your face.

Yes, Sometimes I use WordPress

Not usually by choice, but I do have clients who insist on it. I do the best I can to shield them from problems, but I usually feel guilty and nervous the whole time I’m working in it. You see, I can write html and css to a file and make design changes in a few minutes. WordPress is always a saga. It takes so much longer to click through all the menus to reach the places where you need to edit these things and even then, you’re editing css through a keyhole: a tiny pop-up inside a tiny portion of an editing menu. If you know what you’re doing, it’s much easier to tweak a website by actually tweaking a website.

I’ve recommended WordPress.com to people and even have family members using it. Sure the UI is a pain, but it is the industry standard. It’s a massively limited version of WordPress, but it’s much safer and it has its own little garden of themes and plugins that it keeps updated and reasonably secure. If you’re a small business and want WordPress, I’d say that the limitations far outweigh the potential problems. It’s dirt cheap too.

It’s getting more and more rare these days to find a developer who can build sites from scratch. Now “scratch” might be quite right. Starting with a responsive framework is still a good idea. And while I haven’t played with them much, Flat CMSs seem like a really good place to be right now. You can get the clean code and performance of custom HTML and keep it updatable by the client/end user easily. It’s also super transportable as it’s just a few files and no database. All the page content and blog entries are stored in files. I’ve been doing this web thing for a long time. This reminds me of back in the 90s when using MS Access was the way to store dynamic data. Essentially it was the same thing -- Dynamic data was stored in a file. It was too slow then for midsized sites but servers have gotten just a smidge quicker over the past 20 years. I’m not saying that it’s the right choice for every project. In fact, most of my projects start by creating a MySQL database. But web developers need to break out of the mindset that WordPress is a good fit for every website we build… especially for small businesses.

If you've been burned by a bad WordPress site and want to know about the alternatives? Give us a shout. We know plenty of ways to make a great site you can live with. 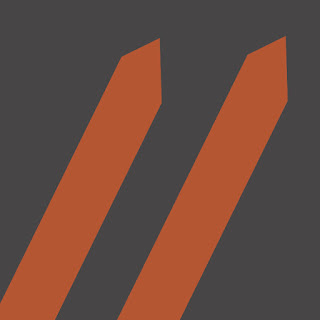